Vaccine Science Is Far From Settled 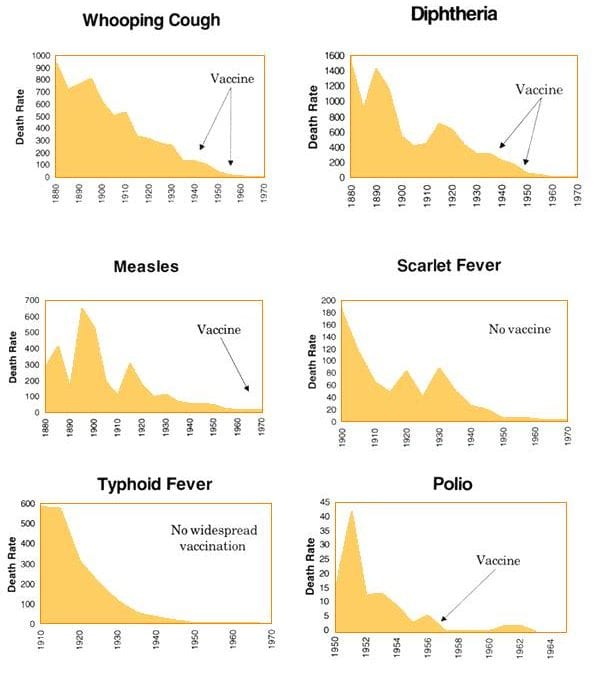 Dr. Mohlerâ€™s recent article, which ran in the July 31 edition of the Free Press, claims that, â€œif 92-94 percent of a population is immunized, measles will not spread. If the â€œherd immunityâ€ level is less than 90 percent, there are red spots ahead.â€ Though Dr. Mohler surely has the best of intentions, readers should not accept this widely promoted idea as definitive. Many research scientists and doctors dispute the vaccine-induced herd immunity theory.

Peer reviewed journal articles, like one published in the The Public Library of Science, reveals that China has one of the most vaccination compliant populations in the world. In fact, measles vaccination is mandatory. So why have they had over 700 measles outbreaks between 2009 and 2012? The reported coverage of the measles-rubella (MR) or measles-mumps-rubella (MMR) vaccine is greater than 99.0% in Zhejiang province. However, the incidence of measles, mumps, and rubella remains high.

We also know that the largest measles epidemic in North America in the last decade occurred in 2011 in Quebec, Canada, where rates of 1- and 2-dose (MMR) vaccine coverage among children 3 years of age were 95%-97% (with 3%-5% unvaccinated). These are two examples of many. We can see that the concept of vaccine-induced herd immunity is far less conclusive than Dr. Mohler suggests.

While mandatory vaccine advocates are quick to dismiss the dangers of vaccinations, have you also heard in the media of â€œVaccine Court?â€ Since vaccine manufacturers have been granted complete legal immunity (even if their products can be proven contaminated or harmful), a percentage of all vaccine sales goes into a fund which compensates families whose children have been irreparably damaged from vaccinations. The National Vaccine Injury Compensation Program has paid out over $3.3 Billion dollars in compensation to thousands of families whose children have experienced severe vaccination side-effects, including death. These cases are sealed and the families are legally bound to secrecy, so we will never truly know how many cases of autism and autism-like syndromes have resulted. We also know that there have been at least 86 peer-reviewed journal articles supporting the vaccine/autism link; and that on their product inserts, vaccine manufacturers list permanent brain damage, seizures and many other neurological symptoms as possible side effects of vaccines.

While double-blind, placebo controlled studies are the norm for drug research, controlled trials are virtually completely absent for vaccines. Many research scientists illustrate that the eradication of most diseases can be attributed to improvements in hygiene and sanitation, and that vaccines, in large part, were introduced after pestilent disease rates were sharply declining.

Many doctors, scientists and parents who are pro-vaccine merely wish their children to have vaccines free of documented neurotoxins like aluminum and mercury, or to have individual (not combined) vaccines administered at a rate more staggered than the ever-increasing pace handed down from government bureaucracies that play an ever growing role in our lives.

Vaccine science is far from settled. We are fortunate to live in a State that still allows for parents to â€œcall the shotsâ€ in this highly contentious debate.

Jeff McCloskey is a Doctor of Chiropractic. He practices at The Health Institute of Western Colorado in Grand Junction. He can be reached by email atÂ drjeff@healthinstitutewco.com

Add your name and phone number to receive a call from Dr. Jeff

You have Successfully Subscribed!